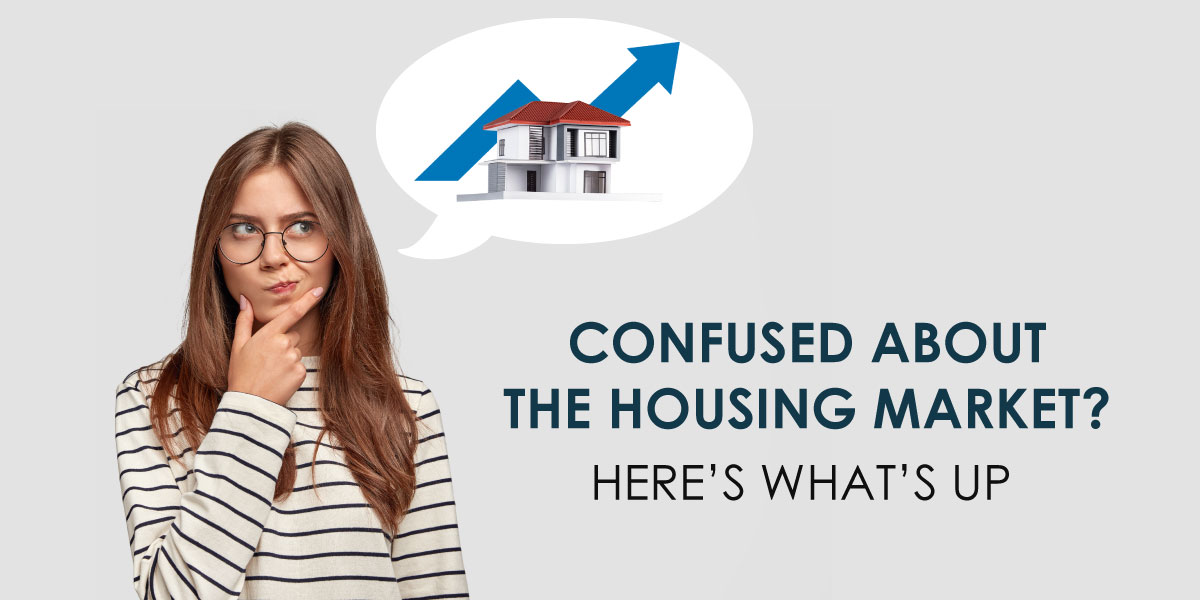 Confused About The Housing Market? Here’s What’s Up

The US housing market is final cooling down, thanks to lack of affordability. The cool down has been stunningly quick in this otherwise red-hot housing market.

During the early months of the pandemic, the U.S. housing market surged with homebound buyers, furthered by record low-interest rates. Builders and realtors were trying to match supply with demand.

But now, gloomy market indicators signal warning signs across the housing industry. Home sales have plunged even as some states have seen slashing prices to help them navigate the chaotic market conditions

Compared to June, July witnessed a drop of 5.9% in sales. Despite the drop in sales, home prices are still soaring high, as Q2 saw the average home price close to $440,300.

The turbulent conditions have left both buyers and sellers ambiguous about where they stand.

So What’s Behind This Topsy-Turvy Housing Market Situation?

Rising mortgage rates is the leading driver of the slowdown. The average rate on the most popular product today, the 30-year fixed mortgage, started this year right around 3% and is now just above 6%, according to Mortgage News Daily.

This Means A Person Buying A $400,000 Home Would Have A Monthly Payment About $700 Higher Now Than It Would Have Been In January.

According to the S&P Case-Shiller national home price index, prices are now 43% higher than they were at the beginning of the pandemic. Realtor reports a 27% increase in the supply of homes for sale is at the start of September compared with the same time last year. While the comparison seems large, it’s still not sufficient to offset the long years of shortage of homes for sale.

Active inventory is still 43% lower compared to 2019. New listings were also down 6% at the end of September, meaning sellers are now worried as they see more houses sit on the market longer.

Silver Lining for Some Buyers

It’s not game over yet for some buyers despite the still-expensive for-sale market and the equally pricey rental market.

Data indicates that some home buyers are hopeful as cooling competition calls for rising numbers of for-sale home options. Especially for the ones exploring smaller markets, this drop could fetch relatively better likelihoods to find a home within budget.

Home rates declined 0.77% from June to July, the first monthly fall in nearly three years. While the fall may seem minor, it is the largest single-month decline since January 2011. It is also the second-worst July performance dating back to 1991, followed by the 0.9% decline in July 2010, during the Great Recession.

Despite the drop in prices, nothing has improved the affordability crisis brought on by rising mortgage rates. While rates fell back slightly in August, they have risen sharply again, making this September the least affordable week in housing in 35 years.

Will we witness another housing crash?