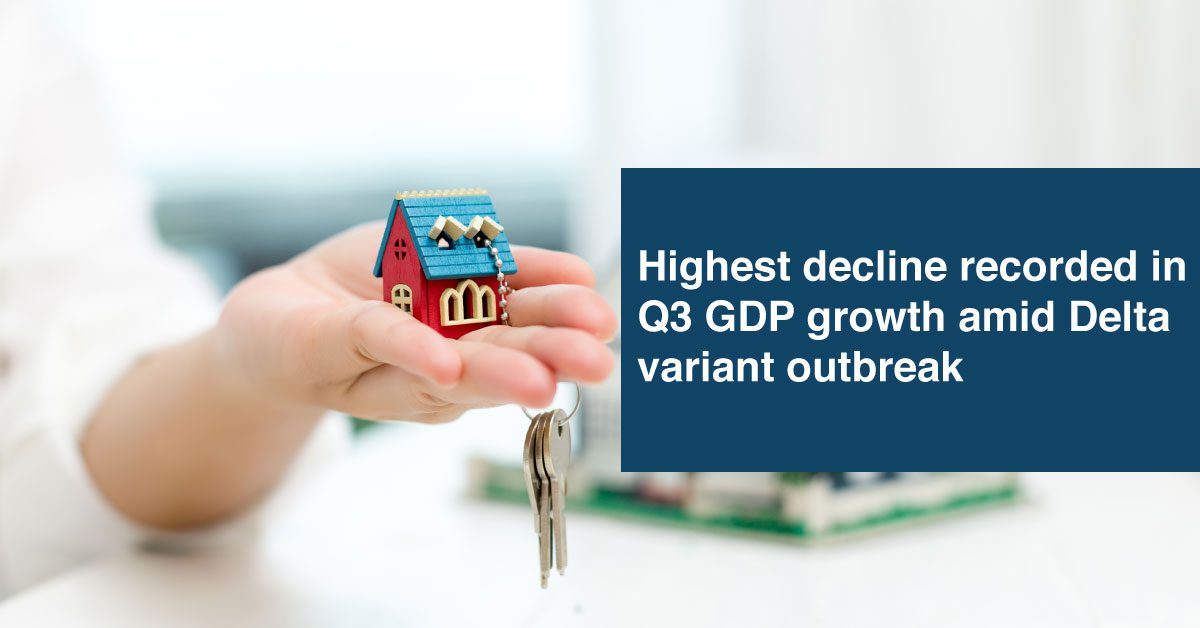 The economy observed stagnant growth in the third quarter due to labor shortage, supply-chain crunch, and Delta variant resurgence. On Thursday, the Commerce Department stated that the GDP grew at a 2.0 per cent annualized rate in September since experiencing an inflation of 6.7 per cent in the second quarter. The reading is even lower than the 2.8 per cent rate estimated by experts.

Personal consumption expenditure was hampered owing to the semiconductor shortage after Q2’s robust 12 per cent increase, it slumped to 1.6 per cent in Q3. Consumer spending accounts for more than two-thirds of the US. Inventory contributed 2.07 per cent to third-quarter growth as it declined to $77.7 billion, contrary to the $168.5 billion rate in the second-quarter.

Financial assistance offered by government entities in the form of business loans and social benefits to American households also decreased. The Labor Department cited that the weekly unemployment claims fell 10,000 to a seasonally adjusted 2,81,000 last week. The consumer pricing index rose to 5.4 per cent in September.

With Covid cases dropping nearly 60% since September and the economy rebounding, GDP is expected to improve. The World Economic Outlook is anticipating 6.0 per cent economic growth this year.