What are the Trends and Best Practices in Enterprise App Development?

Enterprise app development is at a crossroads. The influx of newer technologies and incessant demands from clients means app develop needs to be reinvented and software enterprises have to do everything within their reach in order to stay competitive.

Legacy methods of application development cannot meet the increased challenges of businesses today. The amount of inordinate impact that enterprise applications have on our world regardless of the industry vertical is worth mentioning. So it pays to keep up with the changing times and hone your app development skills in order to stay competitive.

Here’s a look at how enterprise app development will evolve

Today applications all around have a shorter delivery cycle and thus they need to be developed using agile methodologies. This finds much favour from the market because the way they are developed makes it easy to make changes or course corrections, as and when necessary. This was not possible in the legacy ways of developing apps which was inevitably the waterfall method.

Today apps are developed in short sprints and the whole team and various departments collaborate in order to get the result that is expected from the app. The client is kept in the loop at all times so that his feedback and inputs are never ignored. After each sprint the module is rigorously vetted and ensured that it passes all the checks and balances.

Today it is no longer about mobile or web platform but apps that can cater to the business needs regardless of the platform or device on which it is accessed. Thus hybrid apps are the way forward and developers need to concentrate on building such apps. Today customers routinely switch between devices and so enterprises expect the apps to perform optimally on various devices like desktop, laptop, smartphones, tablets and so on.

It seems hybrid apps are the way forward for enterprise apps given the unabashed proliferation of smartphone devices in the world. Thus IT corporations that develop hybrid apps would be the clear winners in a world where the demand for such apps will far outrun the supply. 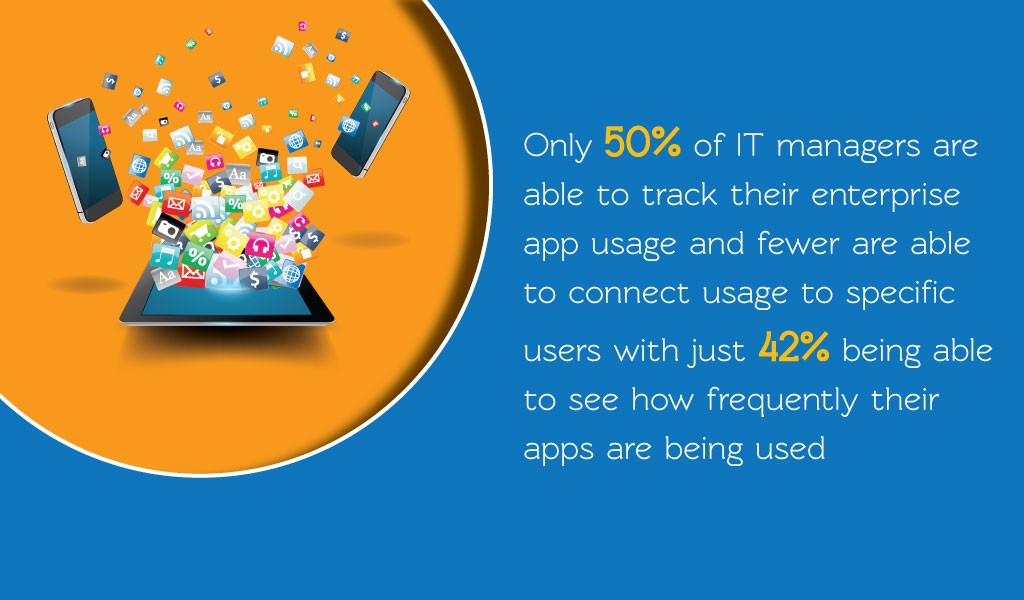 Next generation of high performance apps

Increased business challenges of the future means the market place dynamics and customer needs will dictate how apps will have to perform. This means the client and server relationship that apps of yesterday and today have been thriving will increasingly come up against some very harsh realities. So there is a very real exigency of putting more powerful apps in the hands of the consumer on the device that he carries all around with him and which is inescapably the smartphone.

Thanks to smartphone performance increasing with each passing year this dream of having applications that can be put in the browser rather than the server could be a distinct reality. Thus the front-end web application technologies will see increased impetus and we can expect to get more apps that act like native apps.

With the increased proliferation of devices that can connect to the internet and the rise of app and web ecosystem, security is of vital concern. Catching up with the cybercriminals the conventional way is just not feasible. This is obviously evident from the increased number of zero-day vulnerabilities that our IT systems are routinely victims of.

So it needs a change of tack and this should be reflected in the way the enterprise apps are being developed. A recent research by an IT firm clearly exposed the drawbacks of modern day apps. Over four fifth of these apps tested showed issues related to access, authentication and security. Some of the issues that were found could be easily fixed but since no attention was paid in this direction it remained a potential loophole which hackers could exploit. But increased research and resource allocation in this direction could change all that and make apps more secure.

Today’s availability of user-friendly tools means that you don’t have to be a hard-core programmer in order to build the next generation of high value applications. Do-it-yourself tools let anybody master the art of enterprise web application development within months or even weeks. This puts a new angle to the way applications can be developed by IT enterprises.

Tomorrow’s programmers or app developers could be anywhere from various departments in the organization like marketing executives, business managers, sales assistants to even the HR personnel. This takes the pressure off the IT personnel and paves the way for more collaborative environment in order to develop high performance apps of tomorrow.

Key Takeaway: Enterprises need apps more than ever to run their business smoothly and consistently. This paves the way for improved methodologies of enterprise app development that meet stringent industry requirements. When the stakes are so high it is but natural that evolutionary or even revolutionary trends will take prominence in order to deliver the extraordinary apps of the future. All this means businesses can keep up with the customer demands and react better to changing market dynamics at a shorter notice all thanks to the cutting-edge enterprise applications.